Imagine an enchanted place full of history , where the quietness reigns and the more harassing noise that you can hear is the fading of paper. Imagine an ancient hamlet village built on the banks of a river, with lots of colorful flowers and an inebriating scent that expands around you; and as in all enchanting places, there is a fresh grove around the village. Now, now that you’ve come to think of it, take the car, the bicycle, the train or the vehicle you prefer, and visit Borghetto on the Mincio ! 🙂

We are on the border between Veneto and Lombardy, and for the sake of accuracy we are in the town of Valeggio sul Mincio , of which Borghetto is a hamlet. This small fortified hamlet has ancient origins: this area, in the Middle Ages, was in fact border territory and was constantly subject to the good of various lords (Milan, Mantova, Verona) as we are near one of the most comfortable and safest guadi of the River Mincio .

The origins of Borghetto date back to the Longobard era, although this revolution was well known to ancient Romans. Walking along the narrow streets of the village, one of the most important buildings we find is the Curtis Regia, which, as the plaque tells us on one of the walls, is a building dating to the seventh century after Christ, which had defense and control functions (here in fact it had the seat of a gabriel who collected taxes for crossing the river), and which represents the first nucleus of the town of Borghetto. However, the building has undergone considerable overhaul over the centuries.

Medieval history tells us one of the first buildings we observe to arrive in the country: the Viscount Bridge , an imposing bridge-dam between two rocks today in ruins but still very impressive. It was built by the lord of Milan Gian Galeazzo Visconti after the conquest of Verona (whose independence ended with the fall of the Scaliger in 1387, just by the hands of Visconti and Milanese): we are between 1393 and 1395. This particular building still today serves as a bridge over the Mincio, it was probably defensive (after the conquest of Verona, it became a border area between Milan and Mantua) that practices, that was done with the intention of diverting the waters of the Mincio so that leave “dry” the mantovane countryside (which however failed). The bridge was connected to the Serraglio system, which we had talked about in our post dedicated to the Castello Scaligero di Villafranca di Verona : it was a long wall, dotted with fortifications, whose purpose was to defend the southern boundary of the scaligera signoria.

After the area passed under the definitive control of the Republic of Venice , and Borghetto no longer had strategic roles, the village became an important agricultural center and made its appearance to the many mills that still characterize it: these are operated by the waters of the Mincio who, entering Borghetto, is particularly impetuous, and therefore suitable for turning the wheels! The mills used to grind the wheat (or to grind it to obtain the flour) and for the rice milling, that is, the operation through which the coatings of the grains are removed. The windmills were operational until the twentieth century: their need was lost as a result of the advent of industrial production, the mills have been transformed into commercial activities, and nowadays they can find small hotels, typical restaurants, or shops of handicrafts and tasty local produce. And this is the magic of the village: see how small businesses have been born in the productive places of the past, continuing the traditions of the past. 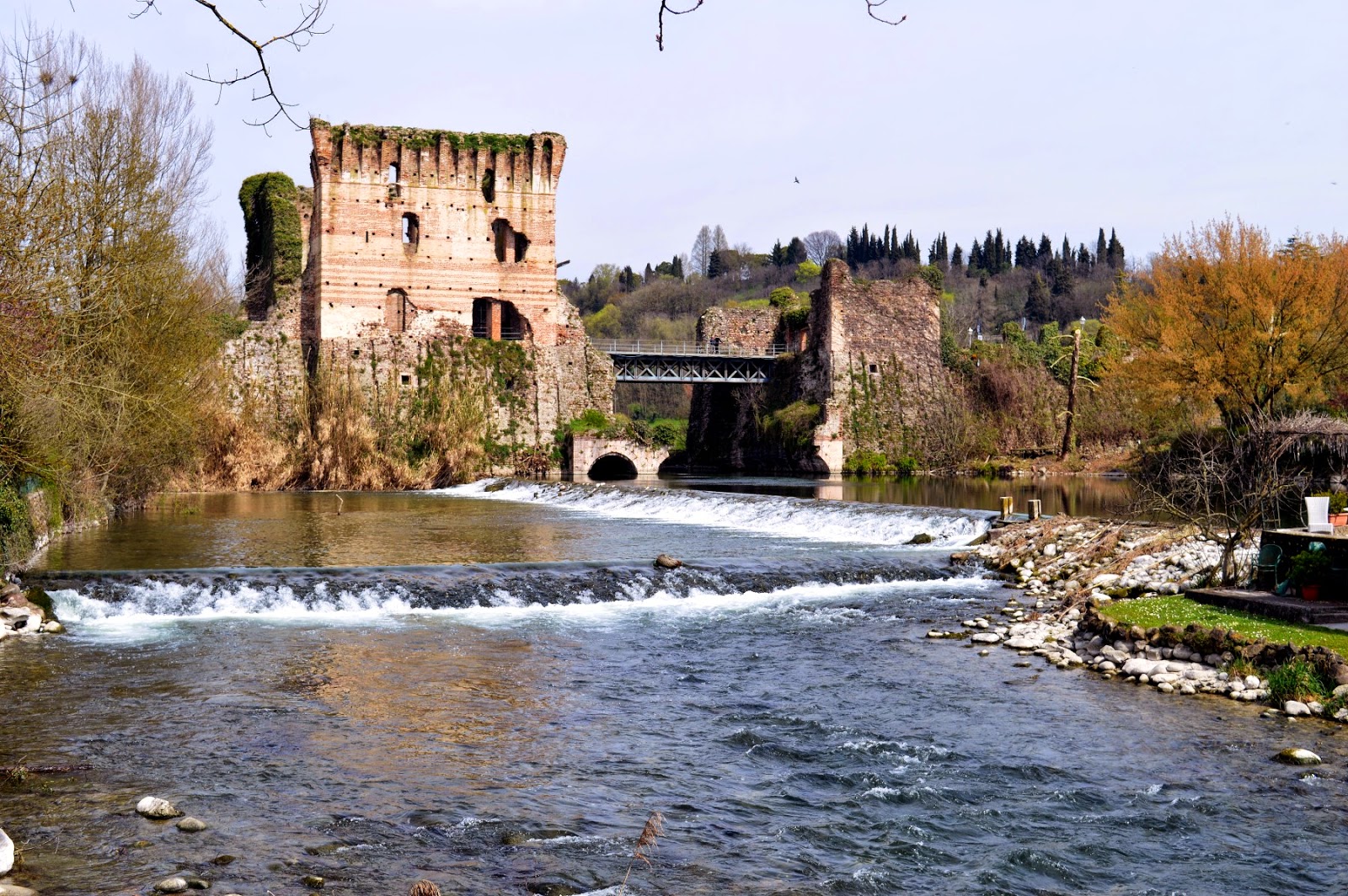 View of the Visconteo Bridge

Near the small bridge that crosses the river inside the village, we find the parish church dedicated to St. Mark : it has a sober, neoclassical, entirely white facade with a bell tower made of an ancient watchtower tower, and keeps a bell dated 1381. On one of the walls that close the square of the church, we have a series of gravestones that recall events of the most recent history of Borghetto, such as the battle between Napoleon and the Austrians of May 30, 1796 fought near of the Viscount Bridge, the passage of Vittorio Emanuele II of May 30, 1848 (in Borghetto the king would learn the outcome of the battle of Curtatone and Montanara ), the passage of the Austrian army on 24 June 1859 after the defeats in San Martino and Solferino. Before crossing the bridge, we can then sit for a moment to see the statue of St. John Nepomucho , the patron saint of bridges and rivers.

The bridge in wood is really enchanting: many geraniums color it on one side and the other; it looks really all magic! The perfect place for lovers! It is surrounded by a delightful panorama: on the one hand we see the largest of the two rocks of the Viscount Bridge and Curtis Regia, which is on the opposite side of the one we come from. On the other side, the banks of the Mincio lush vegetation and the last slopes of the hill that separates Borghetto da Valeggio. Through the part of the hamlet built on the right bank of the river, we can get to the ruins of the Viscount Bridge, over which today is a road.

And so, turning between ancient mills, stone buildings and living and evocative testimonies of a secular history, it is time to leave Borghetto. The ideal place for anyone who loves tranquility and silence, romantic walks along the river, stopping occasionally to observe the many paperbacks that glide on the water, the calm of a village where time really seems to have stopped: we are sure that even if you love all this, you will come to want to visit it 🙂